Lesson 4 from: Show Up Like a Boss: 10 Days To Big Confidence 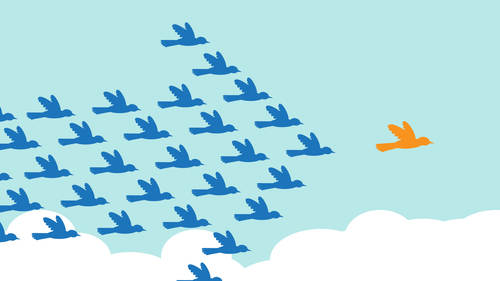 Business Basics > Show Up Like A Boss: 10 Days To Big Confidence > Man Versus Woman Day

Lesson 4 from: Show Up Like a Boss: 10 Days To Big Confidence

nnot identify your own leadership attributes. That might be a little bit of this and a little bit of that, and that's what we're trying to achieve, that's where we're going to get to. Okay, so number one important about leadership is we are going to be inclusive. That is the new leadership style that we all trying to achieve and developing your own leadership style is the ultimate goal until we sort of get that male leadership into balance. And then it doesn't matter what the leadership attributes are because we will be having so many to choose from. Let me take a look at this quote and it says, no act of kindness, no matter how small is ever wasted. What I mean by that is that when we are in a leadership position, when we do show up like a boss, we will be treating ever everybody equally. And we will be treating people as people in all their diversity and all their differences. And it doesn't matter because we will be seeing people for who and what they really are without being, you know, discriminatory about it. Let's take a look at traditional male leadership principles. I call it lead like a man lead with PSP, and what does that stand for? The first P stands for power a man. A traditional man in a leadership position gets there because he seeks power. He seeks to be the authority on the subject. The S stands for strategy because once the decision is make that he wants to be in power, he needs to come up with a strategy to get their And the final P is persuasion because a man knows he needs other men, mostly toe. Help him devise a strategy to put him in a position of power. So again, this is about traditional male leadership principles, very much like what we're seeing right at this very moment, everywhere in corporate America. Now let's move over to the women, the female leadership principles. I call it lead like a lady lead on cue and let's go over what that stands for. So the C stands for compassion. A woman in a leadership position acknowledges everybody. The U stands for uniqueness. A woman will accept individuality and three e stands for empowerment. And the empowerment is that we know that only together as a team re achieving success. The reason I have identified female leadership principles is because I saw that there are no defined female leadership principles anywhere to be found. We know everything she's not, but we don't know what she is. So we first have to, you know, take the mail. We establish the female leadership principles aside from it. And then once we elevate, you know them to the same level. Now all the new leaders can emerge off hopefully which you will be one off. And then you can pick and choose from all these attributes that are out there that a leader might possess. And you can pick your very own leadership principles. How does that sound Now? Your lesson for today is to do exactly that to think about when you are in the leadership position, as you are right now. Initiating getting into the leadership position. What's it gonna look like for you? What are these attributes that are you going to have? What does what will people recognize you for? So let's do this right now. Let's go to the workbook. A day number three. Page number six Fill out what kind of leadership attributes you want to have that you need to develop. And then when you completed with that, please go ahead and start with the next lesson. Thank you very much.