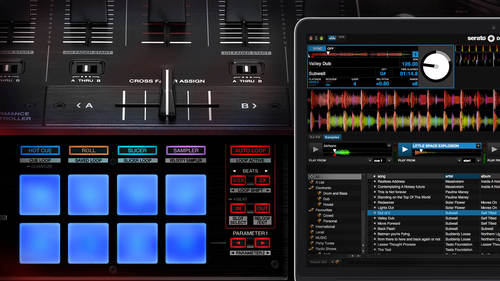 The next thing I really want to talk about is effects the difference between software effects and hardware effects and we have both here today I've got an effects unit that's actually inside of this rain t m sixty two mixer and so if you can see my hands on the mixer, you'll notice that I have my affect panel here and now if you've got a different mixer like different mixers come with hardware effects that are built into the mix er so um, you know, in in this case I turn on the flex effect and then I've got aah these three effects right here so filter flander phaser echo robot reverb I've got that right there I've got my depth knob here. Um so I select let's say echo and let's say this plane turn echo on and it it will echo out um cool now there's a few things here like with this with hardware effects and so the you know, one of the biggest questions I normally get from even students like at the academy is, well, what is the difference between using the effects that are on a mixer vers...