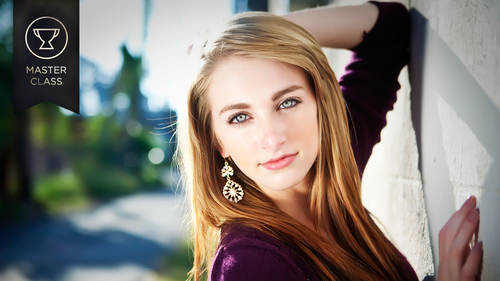 Please help me. Welcome my bulletin to the state. Welcome back to create a blind, my friend. I love it here. I really do. I love seattle. I love creating live it's a challenge to teach here and I enjoy that. Well, we are happy to have you and I know you've got a lot to share speeds. Life is always a challenge for me for a lot of people out there. So let's do it. Thank you. Welcome guys again, my name's. Mike fulton, my wife and I run. Try coast photography. We're roughly find houston goes south and a little town called lake jackson, texas. We have a forty five hundred square foot studio on an acre half lot right across from the one main high school that we the big one that we actually service. But we do everything from what started off, like set is a crime scene investigator, and I started shooting weddings. Probably. I think my first was in nineteen ninety three, so I'm getting old. I used to not think I'm old. I'm kind of admitting that I'm getting old now and then we just rolled ove...

Mike Fulton was born and raised just outside of Houston Texas on the Texas Gulf Coast. Learning his love for photography by finding his father's camera as a young teenager he self taught himself and enjoyed photography as a hobby
SEE INSTRUCTOR'S CLASSES

This course is a good introduction to the use of TTL (Canon ETTL), but be aware that this was created in 2014 and many of the concepts described are not applicable anymore (.e.g TTL Strobes, mirrorless limitations, etc.). You need to have a pretty solid knowledge of ISO, Aperture and many other concepts since Mike many items is just going very technical and fast. This is still a very good course and learned very useful tips.

If you think you're getting a Zach Arias type &quot;beginner Strobist&quot; type of video course here, you're wrong. Mike Fulton's entire lighting technique in this course is based off of TTL metering and using one of the auto functions on the camera. I can't help but think that many of the major Speedlight gurus out there (or the Strobist community) would scoff at the techniques taught here. ...but...as someone who has been a part of that community, read the website, done the challenges, purchased the OneLight series, the books, the cards...I kind of wonder why I didn't ever just go ahead and go the &quot;easy&quot; way with my Canon's ETTL mode. Mike's technique is simple and incredibly useful. He teaches you a step-by-step technique that is nothing short of common sense once you learn it, and this technique can be applied through to fully manual shooting if you're so inclined (fully manual mode on your camera meets fully manual mode on your flashes). You start here, then you go here, then you do this. BOOM. I wish this course would've had one additional example shoot built into it, outside. While I felt that the indoors mini shoot explained where he was going, it didn't appropriately display everything that Mike had been talking about throughout the course.

if you want to learn to use flash and need a course that gets right to exactly what you need to know, look no further! Mike is an excellent teacher and explains every detail!