Lesson 2 from: Nature and Conservation Photography 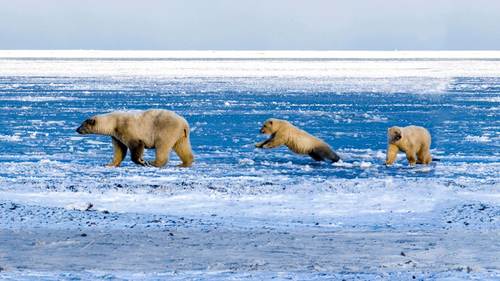 Outdoor > Nature And Conservation Photography > The Power Of Storytelling

Lesson 2 from: Nature and Conservation Photography

2. The Power of Storytelling

On this day and age, when these threats are all around us, we just have to think about how lucky we are to be alive today to be able to answer this call so it's wonderful we're going to be talking now about the tools of the trade, you know, how do we tell conservation stories? And of course, our main tool is storytelling on because we're human beings we're hardwired to sit around the campfire from the beginning of times we've done it, and we passed down stories from generation to generation today our campfire is the internet and it's amazing, so we can tell our stories there and they really travel far. Why? So storytelling is what we're going to be doing this morning, and for me, sony has been the perfect answer for storytelling through my engagement with sony, I'm able to photography still photography, video and, more recently, audio they really have the perfect tools for multimedia for storytelling I just want to thank sony for allowing me to ship with their gear. Um, what's a good s...

Cristina Goettsch Mittermeier is a Mexican-born photographer and marine biologist who for the past 20 years has been working as a writer and photographer. In 2005 she founded the International League of Conservation Photographers (ILCP), a consortium of some of
SEE INSTRUCTOR'S CLASSES

WOW, I am feeling so inspired after watching Cristina's course in conservation photography. I have been wanting to do this for years, and have been doing it in my own little way. But now I feel I have so many ideas and examples to help me go down this path. Thank you Cristina and Creative Live.

Congratulations to Cristina for giving us a comprehensive look at the working life of a documentary photographer. Her course is beautifully illustrated with both photos and commentary and shows the constraints (moral and physical and financial) she works under - and towers above. What a great resource this course is. It should be on the curriculum of every school teaching photography.

The Art of Photographing Birds