Lesson 2 from: How to Build Strong Relationships at Work 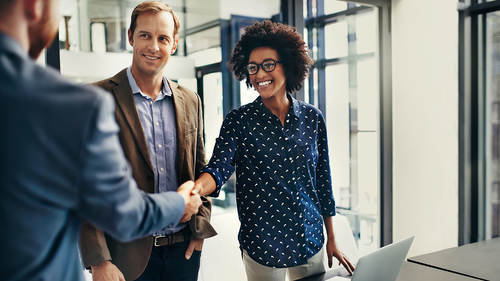 Lesson 2 from: How to Build Strong Relationships at Work

The Principle of Good Etiquette

We also discovered, much to our delight, that many people had a one-to-one association between the word etiquette and the name Emily Post. This is where I get to introduce you to my great, great grandmother Emily Post. Something else we discovered in that (mumbles), is that most people thought Emily Post was still alive and about ten years older than they were. (audience laughing) That she was some sort of authority on etiquette. She's probably writing a newspaper column right now. And is about ten years older than I am. I like to start to disabuse people of their notions about Emily Post right from the start, by sharing a picture of her as a young woman. This is Emily when she was about 20 years old. About 30 years before she wrote her first book of etiquette. We could spend the rest of our time together with me talking about Emily Post. I love to talk about, she was a remarkable and dynamic woman. She was married not long after this picture was taken. She had two sons. She was divorc...

I liked the course. I got many good ideas from what Daniel presented... and how he did it. Thank you so much!