Lesson 4 from: Create a Culture of Great Customer Service 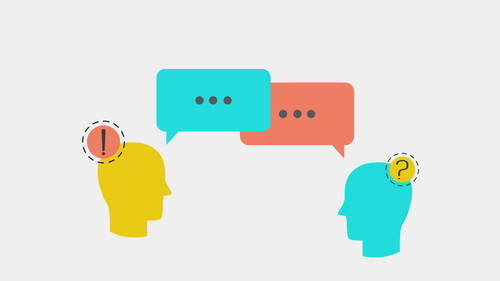 Lesson 4 from: Create a Culture of Great Customer Service

4. The Power of Actions & Words

I Notice = I Care

Self Control and Self-Awareness

Putting a Spotlight on Decency

The power of actions and words. Words and action, actions and words. This is key to the customer service experience. Because these are things that people are going to remember. These are things that are gonna help build a memory of our brand. So, it's what you do and how you do it and it's what you say, and how you say it. So the how in this equation here is actually very, very important. The how you say it. So we talked in the previous class about language, about verbal, vocal and nonverbal, and so that comes into the how, so how you say what you're saying is expressed in all these different ways. But what you do and how you do it, so your actions, that also has a big impact on the customer service experience. So, you just mentioned having an experience at an Ace Hardware Store. So, what was the action that they took with you? So we were talking about, I notice, I care, but there was actually an action there. Actually just like getting into my project. Asking me what it is and tryin...

<p>Kate Edwards is a hospitality consultant, service expert, executive coach and author based in NYC. She is devoted to helping entrepreneurs and established companies develop their ideas, accomplish their goals and realize their potential by utilizing her unique consulting and coaching methods developed throughout her 30-year career.</p>
SEE INSTRUCTOR'S CLASSES

Top course! Thank you! It was exactly what I was looking for for my team. Concise and powerful.