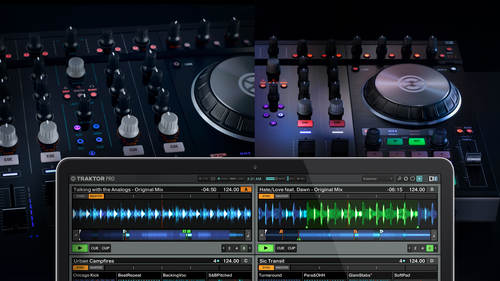 Creating a Remix Deck with Maschine

Hello and welcome to course three here at creative live with tractor pro advanced techniques my name is nick turk a kiss I'm the lead product specialists at native instruments in los angeles and also I'm an artist deejay producer by the moniker new trick in this course I'm going to get into the fun stuff the advanced techniques of tractor so what we're going to go over is remix tex the remix techs are controlled ah, a number of different ways the most commonly used way would be with the control f one in front of me, so we're going to go over this controller in detail. We're going to create some remixed x by capturing from attract deck to build a mash up, and we're also going to create a remix tech by creating our own stems with the machinists off hardware and software, and afterwards I'll even show you the differences between performing remix techs with the f one and brand new tractor control essay so let's get started focusing on the software here I wantto actually create a couple mor...