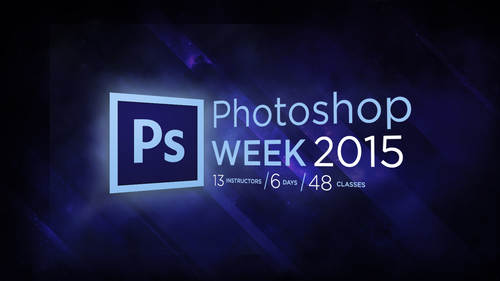 We have matt, erin and tim all in the same place together ready to take on the photoshopped this challenge you guys ready? You don't know what you're doing here matt matt matt was actually wrote and tied and brought in here and so he hasn't actually been told what he's doing but everybody else is ready right? Okay, so photoshopped this what we've done is we take a example image of a final image that we want to accomplish something whether it's you know, make film effect or whatever we take that effect and we show our contestants this final image and then we're going to give them a photograph or a series of photographs to try and replicate that style they don't have to actually duplicate it exactly the idea is you're going to have inspiration from the first photo which will be one of my photos and then I'll give you another one of my photos and you're trying to create the same kind of feel from another one of my photos to try and replicated as though you loved my first photo clear and a...

For over five years, Aaron Nace has been teaching photography and photo manipulation to millions of users across the world at every skill level. Initially a hobbyist while earning a Bachelor of Arts degree in Industrial Design from North Carolina
SEE INSTRUCTOR'S CLASSES

For 25 years, Dave Cross has been helping photographers and creative professionals get the most out of their Adobe software. Since 1987, Dave has taught Adobe Photoshop®, Adobe Illustrator® and Adobe InDesign® to thousands of users around the world. He has a Bachelor of
SEE INSTRUCTOR'S CLASSES

Chris Orwig is a photographer, author and teacher based in Santa Barbara, California. He is a best-selling author and he has created over 70 online courses on the topics of Photoshop, Lightroom and photography. His most recent book, The CreativeFight
SEE INSTRUCTOR'S CLASSES

<span style="color: rgb(0, 0, 0);">Matt Kloskowski is a Tampa-based landscape photographer who loves teaching and photography (in that order). Because he feels that enjoying photography, Photoshop®, and Lightroom® can get way too complicated, his personal mission is</span>
SEE INSTRUCTOR'S CLASSES