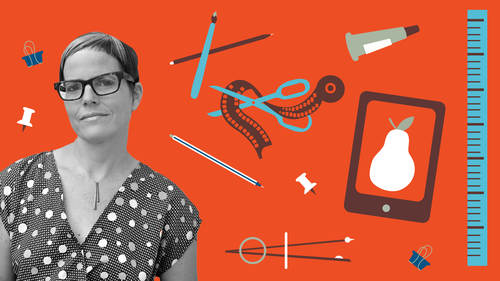 Hello everybody welcome to creative life you are here for lisa condon's global booker lease for our inc which is published by created alive I am personally so excited about this event I should tell you who I am I'm christina laugh I work in the marketing department here it creative live I'm super excited because I used to work in the book world actually with chronicle books so it's a really nice emerging of two two worlds and bringing a book event which is usually in brick and mortar you have to be there physically or broadcasting this out to the world so everyone can be here for those of you who don't know about creative live I see a lot of new faces that might not be familiar with what we dio were an online education platform so we uh I have written in world experts to teach classes on everything from crafts, music, business art and design on music and audio so we actually have a class coming up with lisa in september it is called become a working artist it's based on her book but we...

Meg Mateo Ilasco is a designer, illustrator, and writer. A serial entrepreneur, she launched her first business in 1999, and is the author of several books on the topic, including Craft, Inc., Creative, Inc., and Mom, Inc. She is also
SEE INSTRUCTOR'S CLASSES

This was a great class! Lisa was so honest, open and inspiring. Meg asked relevant thoughtful questions so no time was wasted. Thank you!!!

I highly recommend this course. Lisa Congdon is truly an inspiration! Thank you so much for giving us the opportunity to watch it for free.