Lesson 3 from: Create a Blurb Photo Book with the Book Module in Lightroom 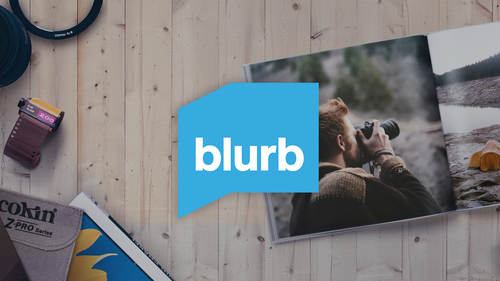 Lesson 3 from: Create a Blurb Photo Book with the Book Module in Lightroom

3. How To Order Images To Tell TheStory

Adding Text To A Page

Editing Images Within The Layout

So now that you have your images selected, you've got all the images that you want to use in your book, now it's time to start the process of designing the book. And the first thing that you need to do, is you need to put those images in a basic order. Now remember, you can always change the order later, but we wanna get them in a rough order of how you want them presented. Most of the time, when you're telling a story, that's gonna be in order of when they were captured. But in my case, it's not necessarily in order of capture, because I'm just trying to show a retrospective of work that I've done. And so I can put them in any order I like. So I'm going to go to a set of photographs that I've chosen, and it's 104 images here inside of Lightroom, it's this specific collection right here, it's called Child Life Book CL, for Creative Live. So here we are in our Child Life Book collection, and I'm going to hit the tab key, because the tab key's going to get rid of all of the side panels, ...

so that I don't have to look at them anymore. So once I have the side panels, and by the way, if you hit shift + tab, you can actually get rid of all of the panels, so that you have a lot more space to look at your images in. And now I'm gonna scan through these photographs, because I can start moving them. So remember, I'm in a collection, which is a virtual space that doesn't actually exist. And so I can grab an image, even if it's in a completely different folder, I can grab that image and move it in relationship to any other photographs. So if I want to change where a photograph is in relationship to another, like for instance, in this one, I see this relationship between the father and the son, and in this one, I see a relationship between two brothers. And so, maybe I want those two images together, because they kinda have the same feel. So I'm gonna grab this image and drag it up next to this image, so that the two of those images are gonna be placed side by side, or maybe on two different facing pages. So I'm looking for ways to relate images together. Maybe, for instance, I've got these photographs, that were shot in studio, but I've also got these photographs, that were shot in the snow, and they're all white. And so maybe I want two different spreads to happen that are all white like that, rather than going from white to pure black to white again. So I can grab this guy and move him up here, and grab this guy and move him somewhere else. And I don't know where I'm gonna move him just yet, but see how I got him out of the way, so now I'm looking at all four of these images which are similar visually, even though content-wise they're a bit different. So I'm just scanning through, looking for, oh, here's another option. So I've got this little girl that has this really interesting outfit, but it's spaced out by another photograph, so I can grab this little photograph of her swinging in the same outfit, put them together, and now they can be facing pages. So I'm just looking for images that need to be put together with other images, and I'm moving them around, and I can grab an entire set of images as well, and shift + click, so if I click and then shift + click, I can grab an entire set of images, and move it somewhere else, and the whole set moves around in relationship to the others. So I'm just scanning through, looking for those, and once I've organized all of the images, now it's time to actually create the book.

This was fantastic! I've been using Blurb for years but somehow never made the connection between Lightroom and Blurb via the Book module. This streamlines the process brilliantly (well done, Adobe!) and Jared's excellent instructions are clear, concise and it's super easy to follow his logical steps through the entire process. Great presenter. Thanks, Jared.

I have been looking for a new “publisher” for my grandchildren’s birthday books and my photo trip books since My Publisher was absorbed by Shutterfly. Neither of these two offered me the photographic control I have in Lightroom. Blurb looks like a flexible option and Jared’s class has given me the courage to start publishing again. Many thanks!

A very informative class. Jared did a good job getting me excited to start printing some books of my travels. One thing I found surprising however, was that particularly at the end, there were multiple sections that should have been edited out (where Jared started, made a mistake and restarted. I don't know why these weren't removed. Other than that a good class