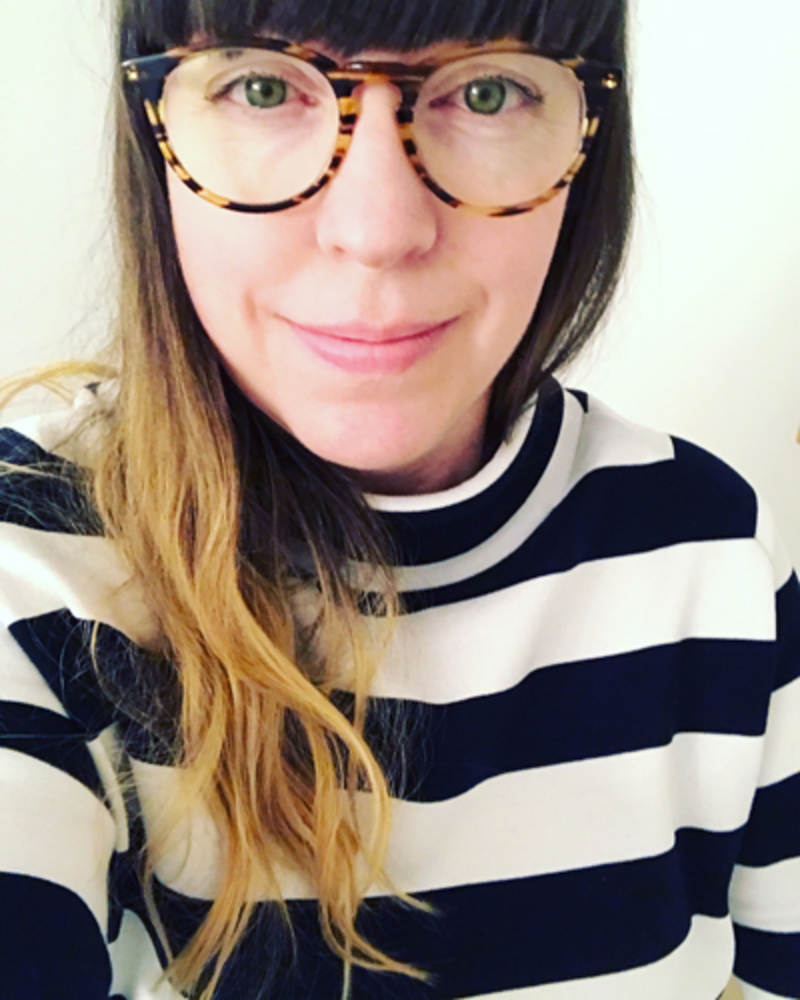 Christine Haynes is a Brooklyn-based sewing author, teacher, and pattern designer. Christine grew up in Saugatuck, MI, a small beach community on the southwestern coast of Lake Michigan, where the arts were part of her daily life. She attended the School of the Art Institute of Chicago and earned a Bachelor of Fine Arts in the department of Film, Video, and New Media.

Her mother taught her to sew around the age of 10, and it grew from a personal hobby, until it became her main artistic outlet. After selling ready-to-wear garments for many years, Christine turned her focus to teaching others to experience the joy of making clothing for themselves through her patterns, books, and workshops.

She has written four books, How to Speak Fluent Sewing (2015, C&T), Skirts & Dresses for First Time Sewers (2015, Barron’s), The Complete Photo Guide to Clothing Construction (2014, CPI), and Chic & Simple Sewing (2009, Potter Craft), and has contributed to other books, such as One Yard Wonders (2009, Storey). Christine’s articles have been published in Sewstylish, Sew News, Craftstylish, and Craft Zine magazines.

She teaches sewing classes both in person and on-line, and has presented lectures and workshops at the American Sewing Guild Conference, Camp Stitchalot, 2016 & 2017 Camp Workroom Social, the 2012–2016 Craftcation Conferences, and the 2016 QuiltCon West Conference.

Christine was a featured guest on seasons 2 and 8 of PBS’s Sew It All TV show, and her work has been featured in Threads, Mollie Makes, New York Times, New York Post, Los Angeles Times, Martha Stewart’s radio network, and NBC’s Today Show, among others.