Using Constraints to Fuel Your Best Work Ever 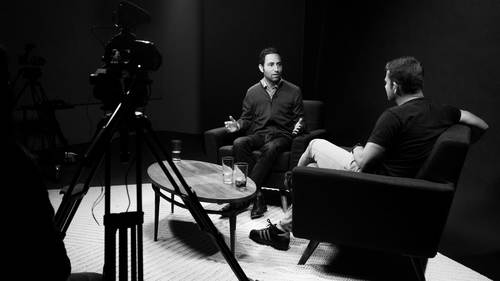 Using Constraints to Fuel Your Best Work Ever

Using Constraints to Fuel Your Best Work Ever with Scott Belsky

There's a common misconception that artists have a monopoly on creativity...But the very act of making waves - no matter the career - is a creative one. The Chase Jarvis LIVE Show is an exploration of creativity, self-discovery, entrepreneurship, hard-earned lessons, and so much more. Chase sits down with the world's top creators, entrepreneurs, and thought leaders and unpacks actionable, valuable insights to help you live your dreams in career, hobby, and life.

This episode is overflowing with nuggets but one common thread I’d like to highlight is self-awareness. You’ll hear this come up again and again – Scott is so smart that he actually outsmarts himself by recognizing his imperfections and weak spots and setting up systems that correct them, surrounding himself with people who fill those gaps, and so forth. Although rarely discussed – its a fairly subtle concept that’s often drowned out by more straightforward ones – self-awareness is a massively important attribute and I love how Scott talks about it.

Scott is one of those guests where I couldn’t possibly do justice to their resume – so apologies in advance to Scott, but here’s the short version: He’s currently the Executive Chairmen of the professional referral platform Prefer, was the founder of Behance, the creative portfolio platform that I’m sure many of you use, VP at Adobe, and author of the bestselling book “Making Ideas Happen.” I’m leaving out a ton – such as his time at Goldman Sachs, Benchmark, and as an early investor in Pinterest, Uber, and Periscope among others – but you get the idea – incredibly accomplished entrepreneur and passionate advocate for creativity.