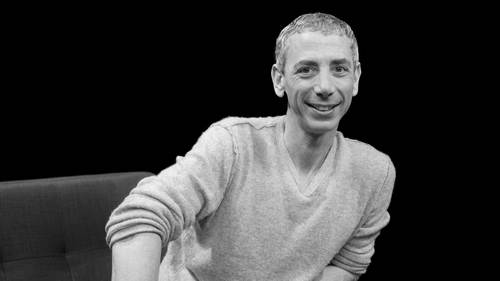 The Formula For Peak Performance with Steven Kotler

There's a common misconception that artists have a monopoly on creativity… But the very act of making waves - no matter the career - is a creative one. The Chase Jarvis LIVE Show is an exploration of creativity, self-discovery, entrepreneurship, hard-earned lessons, and so much more. Chase sits down with the world's top creators, entrepreneurs, and thought leaders and unpacks actionable, valuable insights to help you live your dreams in career, hobby, and life.

Parts of this episode are a bit headier than what you may expect from this show – we geek out a little and throw around some science buzzwords – but what’s important isn’t that you remember of the buzzwords but understand the idea that there is a SYSTEM for this stuff, for unlocking your potential. I’ve seen a lot of people trying to kind of cobble together their own system by mimicking the habits of successful folks and while that’s not a bad idea per se, the more you understand the underlying concepts and framework, the more you’ll be able to create a system with intention. You know that this show is all about giving you uber practical, actionable stuff that you can put into practice TODAY and this episode is no exception – and this episode isn’t just for those who want to be hyper-achievers, it’s for literally anyone who wants to get shit done.

Steven is an entrepreneur and writer whose work has appeared in just about every publication you can think of — New York Times, Forbes, Wired, TIME, you name it — and was nominated for a Pulitizer for his book “A Small Furry Prayer.” I wanted to have Steven on because he has a very unique focus in his latest book “Stealing Fire”: understanding peak human performance — not in an abstract sense, but the specific mechanisms that make people like world-class athletes, Navy SEALs, and entrepreneurs able to do the incredible things they do and more importantly, how that formula can be reverse-engineered and applied to YOUR life.

One of the world&#8217;s leading experts on peak performance, Steven Kotler is an author, an award-winning journalist, and the founder and executive director of the Flow Research Collective.<br>
SEE INSTRUCTOR'S CLASSES