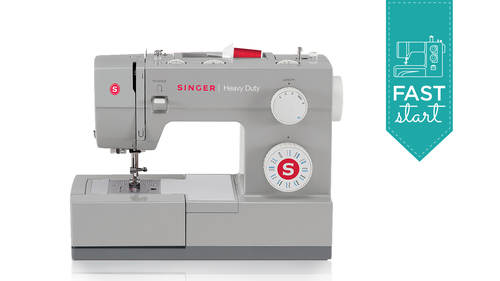 Hello and good morning internet toe welcome to creative live my name is ken klosterman and I will be your host today and this is our instructors becky hanson how are you doing this morning? Becky great now becky we had a great day yesterday we covered two different fast our classes two different models and this morning we are going to be learning all about the heavy duty model from singer, which is model four four to three and we're doing a series of faster classes here you have been teaching and educating people about singer machines for longer than I want to say many multiple decades is incredible you don't look you don't look like you could have been aging, but what we're doing here is take going through the different models from singer a dizzy really and some of our more popular want models so benefit perfect just so I'm going to just let you take it away and we're so excited to have you thank you let's go before I get started with really going through the machine itself. I'm going...