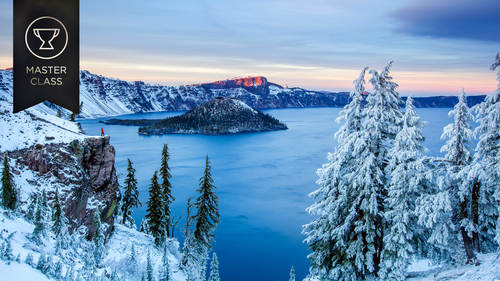 We have covered my journey. We've kind of covered the basics a little bit and no two journeys are alike. So again, I want to throw the caveat out there of every every person, every career, every path is going to be different. These air, these air what worked for me? I think these air just good benchmarks to think of. But, you know, money, numbers, things like that, it just would have I have experience. And you remember, a lot of the stuff was also eight years ago. The math I gave you, though on my start up costs when they want to mention about that is actually in what today's dollars of this was. My recommendation is based on what expenditures look like accounting and so on and so forth. So starting with the pretty picture because I want start in a nice place where we go into, uh, the photographers website. This is a big peeve of mine because there's a lot of problems and consistencies with photographers. Ah, website, and it should include your name as part of the business now, but jus...

Join the 2011 winner of the Ansel Adams Award for Conservation Photography, Ian Shive, as he talks about the thrill and precision of taking photographs in the world’s wildest places.

Ian will share the stories from his experiences photographing for leading environmental organizations - from spearfishing at night in the shark infested waters of Palau to scaling North America’s highest mountain as part of a search and rescue team. Ian will also dig deep into the technical aspects of capturing imagery under extremely challenging conditions.

Tune in for Nature Photography and learn Ian’s technical and creative approach to capturing the magnificence of the great outdoors.

This class is outstanding. Its a must for anyone who is thinking of turning their photography hobby into a full-time job or even an income stream. You'll gain an insight into what it takes to start your own nature and outdoor photography business and what you'll need to do to make it a success. Perhaps, most importantly, you'll learn the kinds of things to look out for when licensing the rights your photos, whether it be through participation in photo contests, on assignment or submission to a stock photo agency. There is a ton of information packed into this class, and you'll want to watch it again to get it all down. If you are thinking about transitioning from amateur to pro in the field of outdoor and nature photography, this class is fundamental.

I really wish this was a course or even a required course in my BFA in photography. It would have helped better prepare me for the reality of a working artist. After 15 years as a working photographer, I think I will finally have a better mind set of my business. I will be watching this again and again, so happy I purchased this!

Excellent course. Honest and full of information from pricing to income streams to copyrights... By far one of the very best online courses I've ever taken.