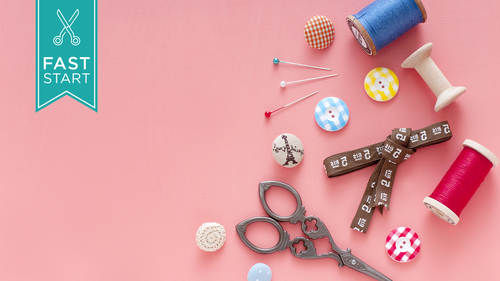 Investing In Your Sewing Business

Now we have some great questions coming in that we'd like to ask this guy man I feel feel feel up for some questions we think a lot of questions questions actually about pricing, but we'll start with christine who's saying, what is the best way to find someone to sow your designs for you? Well gosh, that's a hard one I think you need to find someone that you trust I happen to live in portland, oregon, where there's a really large maker community on I was able to put an ad out on a facebook page that is solely dedicated for like people in fashion and industry here in portland like become creative so in industry and met with someone whose work I really like entrusted and was able to kind of create a deal and we work together now I think you know you could try I always think word of mouth or finding someone who's working really admire and asking whether or not they know anyone who's so's you might not like the ask someone who is in direct competition with use of your making handbags don't...

Kari Chapin is a best-selling author, teacher, mentor and consultant. Her books, The Handmade Marketplace and Grow Your Handmade Business help people around the world make get closer to making their creative business dreams come true. Her inspirational style and
SEE INSTRUCTOR'S CLASSES

Kari is incredibly personable, charming and knowledgeable. So easy to listen to and so inspiring. She makes you feel like you can succeed if you take the time to follow some easy steps.

Fantastic! I thought this class would be a bunch of information I already knew. I was only able to watch the first hour and there was an abundance of info just in the first hour. I bought the class and am excited to see the rest of the video!