Lesson 17 from: Craft a Logo by Hand 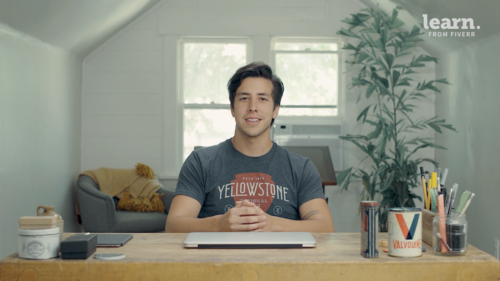 Lesson 17 from: Craft a Logo by Hand

So once you have your, once you have your chosen concept and you're gonna obviously need to include your your client in for this. But again, for the purposes of this class, I'm kind of acting as the as the client and the designers. So so I get the final say it's not always gonna be that easy. But um and a lot of times clients will actually choose the concepts that you feel are the least effective. So definitely be be careful with what you're showing to a client. Make sure you're using objective reasoning like I was for this and talking about the the balance and the overall structure and layout. Use those. Use that kind of reasoning to weed out concepts and only show clients concepts that are objectively effective. Yeah, sure. Yeah. Once you have your, have you have your sketch up or you're the concept sketch you wanna go with start a new layer again. You know, I can turn off at least I don't know anything on layer one, I can turn off layer too because those are the that's the original ...