Lesson 6 from: Add Originality To Your Presentations 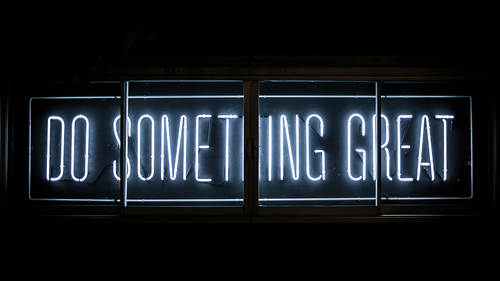 Lesson 6 from: Add Originality To Your Presentations

6. Combine Your Passion & Your Work

Practice Your Point of View

Practice Your Point of View Share Your Sense Of Humor

In this, we're gonna talk about combining your passion and your work, because that's something that's very difficult for some people. So let me just take a poll really quickly. Do you feel like you are truly yourself at your current or past jobs? Or are there things that you just, and it's totally okay, I think we all do this kind of keep to yourself and don't bring to work. What do you say? What are you? Are you-- You're asking two questions at the same time. Yeah, I know. I'm now hearing myself. How do you expect us to answer? Are you the kind of person that brings everything in? Yeah. Or do you leave some things at home? Yes. To the first part or to the second part (laughs)? You know what? (laughing) We're gonna just do it again. Fix it and post it. Get her out of here! (laughing) Anyway, moving right along. My next class is about how to not ask questions. I think, yeah, so we'll just move forward 'cause now I feel like that's the best route. (laughing) Well, t...